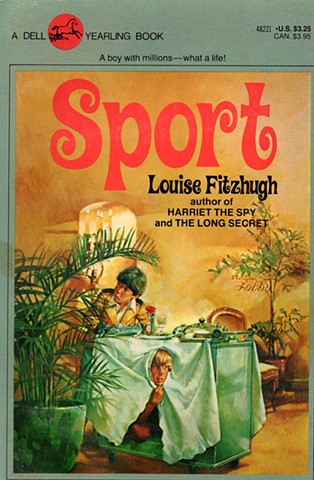 I've always had a book going for as long as I can remember. And about 98% of the time, it's fiction.

I recently finished Domain by James Herbert, which took me longer than expected - partly because I was wrapped up in the release of my novel, and partly because the print was really small and it was hard to concentrate while reading on the exercise bike at the gym! But if you like apocalyptic rat stories, that book should be right up your alley.

I wanted to read a few short ones after taking nearly a month with the rats, and Sport by Louise Fitzhugh has not disappointed me. It's nearly on the level of her masterpiece, The Long Secret. In thinking of how to describe its vibe, I'd put it right beside Hal Ashby's films, particularly The Landlord and Harold and Maude. Offbeat, with a disdain for wealthy, privileged folks, and embracing people who feel like they are outsiders. It's such a compassionate and funny book. I highly recommend it.