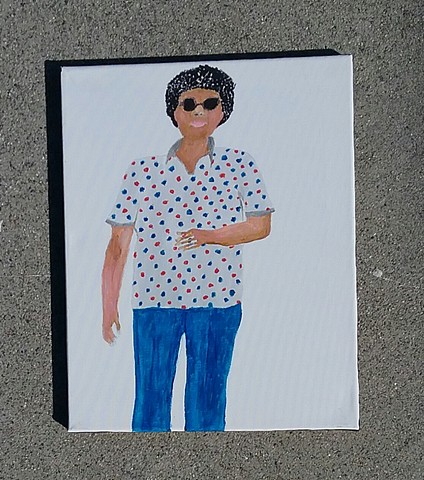 I am indeed taking a second shot at a painting from a found photo I bought at a bookstore! (See that photo earlier in this NEW STUFF gallery.)

After much debate -- and after I add a bit of shading to her shirt to give it some depth -- I think I'm going to paint the background one color, instead of including background elements from the original photo.

And - I named her Brenda!